COAST Force and Fragility is an exhibition of pastels by Inka member Stephanie Parkyn. The exhibition is in the gallery from 7 March until 27 March. Everyone is welcome to the opening at 5.30pm on friday 8 March.

Magnificent dolerite columns of molten lava that cracked as they cooled are dramatic remnants of the process that formed the Tasman Peninsula.  These cliffs now resist the relentless action of waves and wind, while the uplifted sandstone seafloor has long been eroded away.  Today, we teeter briefly on this land dwarfed in significance by the forces of geological time. And yet, paradoxically, our actions have the potential to radically change the earth.  Climate change predictions tell us that geological formations such as the Bruny Island Isthmus and Eaglehawk Neck in southern Tasmania will be lost with sea level rise. Coastal towns and cities face monumental changes.
These paintings explore the tension between the massive forces acting upon the coast and the inherent fragility of our coastlines and ourselves.

“In every outthrust headland, in every curving beach, in every grain of sand, there is the story of the earth.”   …Rachel Carson, 1907 – 1964 (biologist, author of The Silent Spring, and advocate of environmental ethics).

These are images from Steph Parkyn's exhibition Coast, in the Gallery until 27 March. 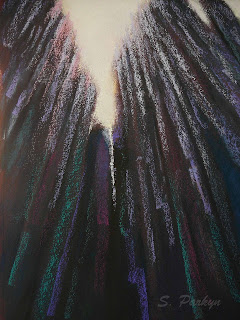 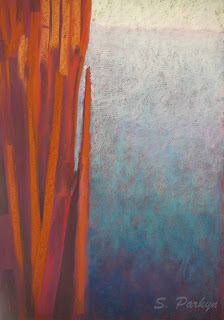 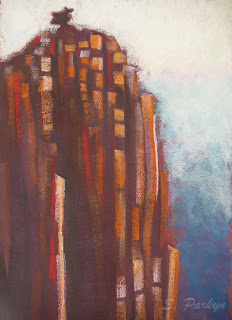 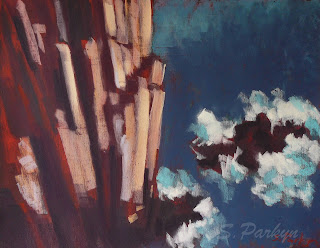