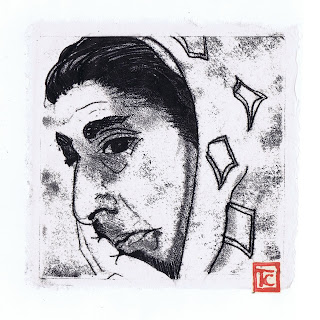 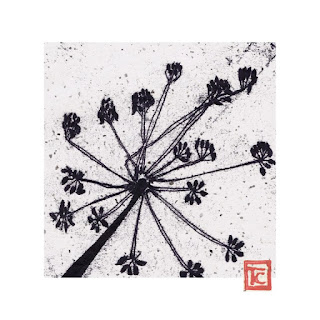 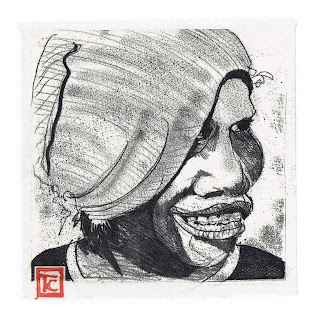 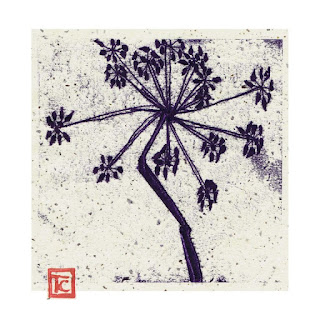 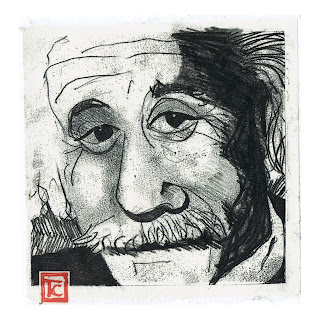 This exhibition features monotype portraits of former refugees. The monotype method of printmaking combines drawing and printmaking to produce a single image.  Some of the former refugees are well-known household names such as Albert Einstein, Judy Cassab, Henry Kissinger, Marlene Dietrich, Sigmund Freud, and Franz Kafka whilst others are not so well known at all.  As refugees they were all identified by numbers and so, to emphasise the dehumanising effect of this, I have titled the works by a number generated by a random number generator.
Alongside the portraits there are also several monotypes of seed heads.  These reference the often agricultural basis that triggers mass human migrations, because of drought, crop failure, hunger and resulting conflict.  Like people, plants have evolved mechanisms to survive in spite of a hostile local environment.  Parsley, once native to the central mediterranean can now be found all over the planet. The idea of the seed head prints is also linked to the portraits, referencing the propensity for those forced to seek refuge to often carry with them, carefully wrapped, precious seeds (real and metaphorical) from their homelands.
All proceeds from this exhibition will be donated to UNHCR to help in their humanitarian work worldwide supporting refugees.